BASKAVIGIN
The slaying of the basque whalers 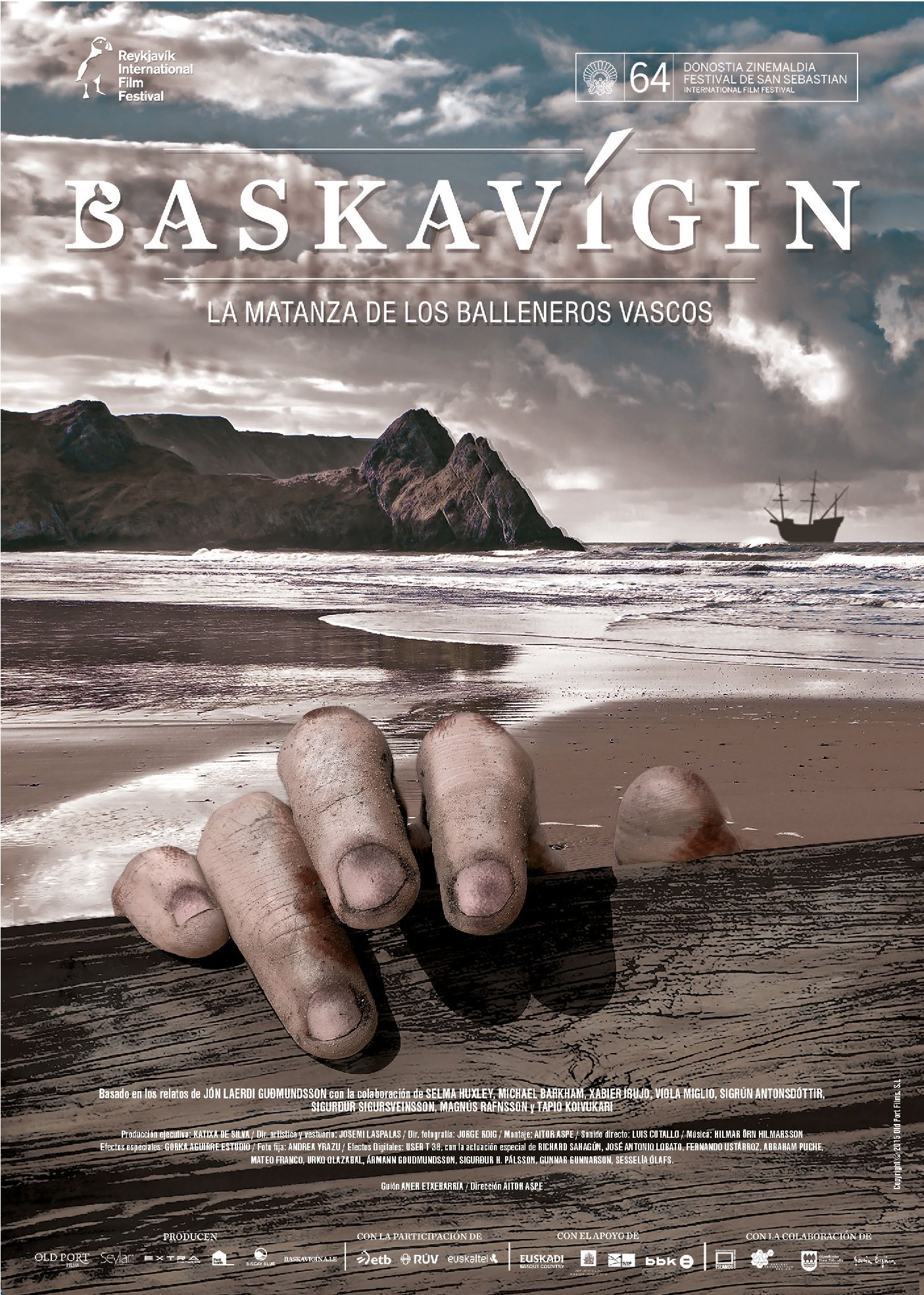 June 1615. After several months at sea, ploughing through the turbulent waters of the North Atlantic, three whaling vessels from San Sebastian land on the far north of frozen Iceland.
There the scholar Jón Guðmundsson, Jón the Wise, has been expectantly awaiting the arrival of the Basques.
Eighty-three weather-beaten sailors, captained by Martín de Villafranca, Pedro de Aguirre and Esteban de Tellería.
Autumn arrives, and the Nordic cold brings with it famine and want, leading a young Icelandic man to rob a large piece of whale blubber from the whaling station.
The act leads to a confrontation. Furthermore, just before the Basque crew sets out to return to San Sebastian, a huge storm sinks three of its ships, leaving the Basque men trapped on the island.
Faced with the impossible task of surviving the frozen winter without suitable facilities, as well as local legislation that prevents them from staying on the island over winter, the 83 whalers spread out in vain to search for vessels in which to travel home.
In the meantime, protected by King Christian IV’s legislation, Ari Magnússon sees a chance to assert his authority and gain reputation, by leading the peasantry to capture and murder the Basques.
The time is now right to explore this intrepid adventure of extreme survival, through the eyes of the erudite Jón Guðmundsson; the scholar who publicly denounced the death of his Basque friends and the biggest massacre in Iceland’s history through his writings. An accusation he would pay for dearly, by being condemned to exile until his death.